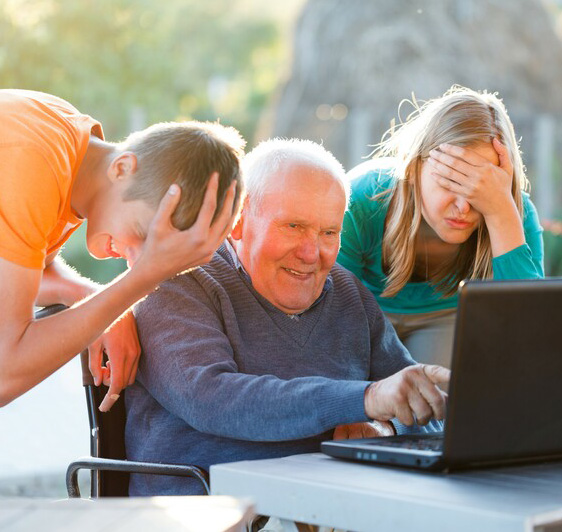 There are three frequently ran commercials featuring a young man who is all excited about writing code for GE. In the first one, the young man is explaining to his parents that he will be working/ writing code at GE. The father presents his son with his grand pappy’s sledge hammer. REALLY?

Does GE think that older adults are so out of touch with computers that they cannot grasp the concept that GE uses technology? Hey GE — it is the older adults that are screaming that manufacturing jobs have left America.

In the other commercial, the young man is surprised at home by all his friends, celebrating his new job at GE as a developer. And here we go again… All his friends are confused about what he will be doing. REALLY? The typically grade-school child understands the concept of programming in the work place.

My take away for the brand-messaging of GE’s commercials is as follows; ‘Dear America, we think you are clueless and stupid, but we would like you to know that at GE, we embrace technology’.