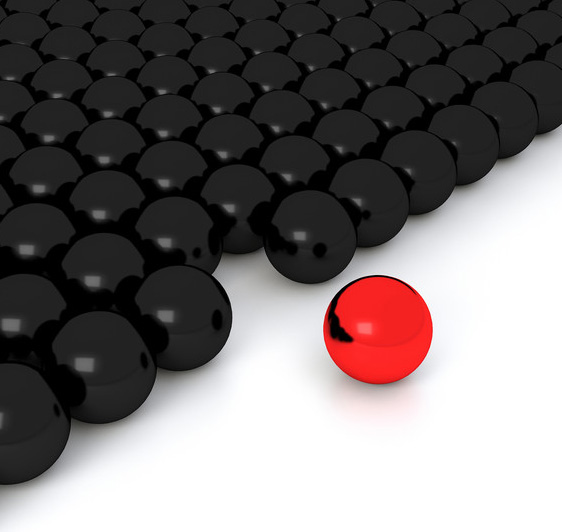 Admittedly, I have a bit of a childish mind. I often see things as more animated and fantasized than they really are. When I think of search engine optimizers, whether professionals or the casual SEO for a personal website, often remind me of a room full of school children all waiving their hands up in the air holding their breath, grunting, and whimpering for the chance to have the teacher call on them (they have the best answer, after all).

Its true. Most website owners would gladly spend a day outside of the Googleplex jumping up and down, hoping, praying, and whimpering for Google to take notice of their website if they thought for a moment that it would have a chance at getting them a top ranking. We are absolutely obsessed with search – it is the ultimate ego stroke to being a website owner.

Most modern SEO theories find their genesis in trying to push a website to the front of Google’s rankings. They start with the idea that your website is the one that should be called on by the teacher and give you methods on how to get the teacher’s attention. They teach how to raise your hand higher, how to squirm just a bit more, how to sigh with extreme dissappointment when the teacher picks the website that is obviously the teacher’s pet.

This is push SEO, and it does work for many people. The problem with push SEO is that our ‘classroom’ is huge. We are asking Google to pick our site out of literally thousands, if not millions, of websites that all have something to offer on the subject at hand. We may believe that we have the best thing to offer, but Google does not know that.

Lately, however, a theory (or method) seems to be arising that counters the idea of push SEO. Rather than asking you change your website to fit Google’s standards of a ‘good result’, this theory is supposed to literally change Google’s standards.

Google Has a Confidence Issue

I have already admitted to having a childish mind that creates fantastic visions of how the world works, but I really think that Google has a confidence issue. They are the ultimate ‘know-it-all’s’. Most of us are annoyed by that person who is quick to correct us in a small detail or who seems to have an answer to just about every question, but Google does just that.

Think about it – if you do a search for ‘amazen’, Google will respond with “Did you mean: amazon?”. How arrogant and rude can a search engine be? How can they assume that they know what I am looking for?

All joking aside, they usually do know what we are looking for. They are so supremely confident that they know what we are looking for because they have been able to successfully respond to millions of questions daily for the past several years. But like most people with confidence issues, if they feel that they are being left out on a particular topic, they grow a feeling of inadequacy. As a resutl, Google is constantly trying to know everything about everything. The idea behind pull SEO is to tell Google that they are wrong or that they do not know something – and that you have the website that they need to know about.

I first was introduced to the idea of pull SEO by Mike Grehan, a man, in my opinion, who understands real SEO rather than just a bunch of SEO tricks. Although I do not know the man personally (although I would be happy to make his acquaintance), he is the one person who most closely echo’s my thoughts on SEO.

Just recently he posted on his blog an interesting article on how an in-progress event can effect search results. For example, take a tragedy such as Hurricane Katrina. When the Hurricane hit, it was all that was on our minds and hearts, and as a result, it was what people searched for in Google. Consequently, the search results of the major search engines changed.

Think about it – anytime a major disaster hits it becomes the major subject of the search engines. When Pope John Paul II died in 2005 searches for his name topped most search engine charts. After Janet Jackson’s right breast obfuscated the Super Bowl halftime of 2004, search engines were quickly used a resource to relive the questionable moment. After September 11th, the world flocked to a younger Google to find information on the World Trade Towers and Osama Bin Laden.

If you think like a search engine, being able to present up to date information based on the news of the day gives you a distinct competitive advantage. If you have the results people are looking for faster than others, then you suddenly become the trusted resource everyone looks to.

Mike discusses in several other posts the idea of pull marketing and how he actually uses it in his professional SEO consultations. I am not sure if Mike is the originator of the idea of pull SEO, but he is the first person that I learned this theory from.

Marketing in a Bathroom

I read an interesting comment at Threadwatch that gives a great example of how pull SEO can actually work. The comment related a story which seems to be fairly common place among the website owner world. A new website owner, who was completely unfamiliar with search engine optimization and website marketing was looking for help. In an effort to help market the website, the owner was instructed to place post-it notes with his website address on it in several bathrooms.

The result of this marketing activity? Within a few months his website rose to the top of the search engine rankings, he started to see a good amount of traffic, and his search engine woes were quickly taken care of.

What SEO work did this person actually do? In all reality, there was no SEO work at all – just regular viral marketing

Making a Splash Big Enough To Notice – The Real Payoff

Mike Grehan often talks about the effect of a client launching a major television commercial campaign and how there is an immediate effect on that client’s rankings in the search engines. This is not a coincidence, but a direct result of raising awareness of a website and Google responding to that new awareness.

Pull SEO is good in theory, and it is very good for a Fortune 500 corporation, but the small company will certainly have trouble utilizing pull SEO. Making a big publicity splash is either very expensive or it takes something so unique and revolutionary that making a splash is relatively simple. And, for the small company that is able to grab a lot of attention independent of the search engines, getting a top ranking really becomes ancillary to all the news coverage they are probably receiving.

But maybe this is the way it should actually be. Is it possible that the way to get to the top of the rankings is to develop an actual plan on how we will make our websites popular – independent of the search engines? If we are able to create enough buzz about our website, then search engine rankings, although nice, suddenly become less of a focus.

Put Your Hand Down – Get Your Marketing Geared Up

Google asks us millions of questions every day. Which website should they rank first for every topic that people ask about? Naturally, we want to raise our hands hoping that Google will call on us to answer their user’s needs. But in all reality, we need to put our hands down and start working.

Relying on a single entity, such as Google, is a bad strategy. Google, as I mentioned earlier, is the ultimate stroke to a webmaster’s ego. It is the ‘icing on the cake’, the affirmation of a job well done. It is not, however, the goal in and of itself.

Your goal is to be successful independent of Google. Make your website buzz worthy and Google will eventually take notice. Google cannot ignore the demands of thousands of users.