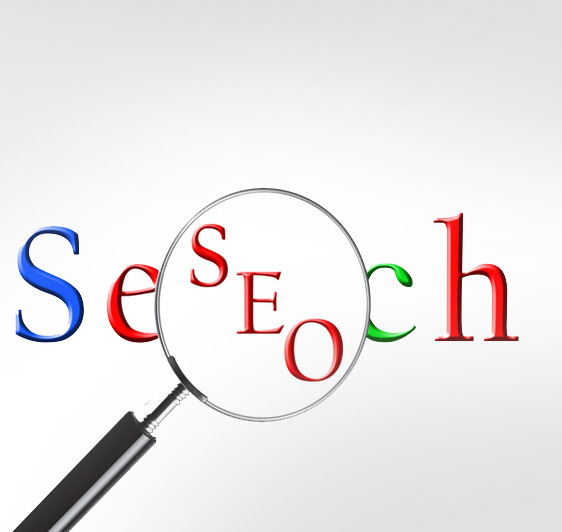 Did you know that I don’t know what I am doing? It’s true. At least that’s how I feel sometimes when dealing with the SEO/SEM aspects of my job.

Many of my areas of operation are so beautifully stable and predictable, at least within reason. Working with programmers, we have a plan and a language to follow to achieve our goals. Life in the accounting department is fairly stable in its approaches. Administrative, Customer relations, human resource development? They all have some form of measurable reality.

Search engine optimization? Not a chance. We’re not even let into the kitchen to see what’s in the fridge, never mind given the recipe to cook a feast for our clients. It is a truly interesting and challenging aspect of Internet business development. It is tantamount to working in the dark or having business plans plucked from the pages of the grocery store rag. Heck, maybe Aliens can tell me the truth about the algorithms. Maybe even Macdonald’s ‘secret’ sauce while they’re at it.

Beware of the Great Beasts of Google!

This brings me to the greatest mythological creature to roam the Google landscape since ‘the sandbox’; The Google Toolbar Page Rank (TBPR) system. While the jury may still be out on the ‘sandbox’, I am here to slay the beast that is the TBPR, right here, right now. Forever let it rest in peace where it truly belongs, in Google purgatory. I am not saying it is without its relative value, it’s mere existence quantifies that. It just doesn’t have a ‘measurable’ value that warrants earmarking any serious marketing dollars. It is being overvalued in today’s SEO landscape. Don’t spend time and money trying to get a higher Page Rank. Just love it for what it is.

I have not taken this journey lightly. As a consequence of the ‘mystery’ surrounding the algorithms and the SEO community, I knew there would be those to lash out in a vain attempt to hold onto the LGB (little green bar) that is so much a part of their culture. He is a destructive beast though. Eating up great swaths of forum boards, causing countless hours of ‘webmaster worry’ and even deluding the minds of its followers. I am truly sorry, but it must end. This creature must die. We must move on to ‘greener’ pastures of content relevance, semantic indexing, organic link building and the other wonders that we have from the great Search Engine Gods.

What is this Page Rank Phenomenon?

PageRank is, in essence, a rough system for estimating the value of a given link based on the links that point to the host page. Since PageRank’s inception in the late ’90s, more subtle and sophisticated link analysis systems have taken the place of PageRank.
Thus, in the modern era of SEO, the PageRank measurement in Google’s toolbar, directory, or through sites that query the service is of limited value. Pages with PR8 can be found ranked 20-30 positions below pages with a PR3 or PR4. Additionally, the toolbar numbers are updated only every 3-6 months, making the values even less useful. Rather than focusing on PageRank, it’s important to think holistically about a link’s worth. Have an organic approach to things.

What doesn’t seem to be commonly known is its ‘true’ and ‘measurable’ value in the marketing landscape. I have spent far too many hours of mind numbing technical document and conventional wisdom research that has lead me to my eventual perspective on the whole Page Rank and it’s ‘relevance’ (a little LSA humor there) as far as it relates to being part of a meaningful online marketing campaign.

At the core of my interest is ‘value’. What is the value of the LGB? Is there one? If so, then how can it be defined and measured for ROI. I don’t look at SEO as a hobby nor a passing interest. It’s about business. It is a service that is part of a larger scheme of Internet business development. As such I have to quantify my action and investments (of time and money) spent on my activities, which is none too easy in the SEO world.
I have for too long watched and listened to a variety of hubbub about Page Rank (PR) and the Google toolbar phenomenon. I looked into, found little that warranted further research investment and we moved onto other aspects of SEM/SEO. Well, doesn’t that little beast just keeps growing, as does the myth. People’s beliefs and ideas surrounding the TBPR system it is truly incredible.

Listen to the Masters of Yore

I have had it argued, in all seriousness, that the TBPR had a value as consumers would consult it for ‘authority’ prior to making a purchase. Oh come on!

As penned by SE Guru Mike Grehan,
“Can you imagine some surfer finding the digital camera of his dreams at a knock-down bargain price but refusing to buy it because the page it’s on only has a PR of one? I don’t think so.”

Grehan did an interview in 2003 with Google engineer, Daniel Dulitz. When asked about data accuracy in the toolbar meter. He told Mike that there are two elements: accuracy and precision. The toolbar is accurate but not very precise. He added, “We have a lot more precision available to us than we represent in a 10-step scale.”

When asked about the obsession to ‘the little green bar’ by the SEO community and webmasters, Dulitz said,

For search engine marketing, search engine optimization purposes, yeah, I’d say that there’s too much emphasis placed on what that PR number actually is…. So, if people are trying to look at what we’re doing and their idea is based on that single thing from 1 to 10, then… well, they’re not going to be effective in figuring out what we’re doing at all.”

In an interview with Lee Odden at the WebmasterWorld Pubcon in the spring of 2006;

Given the attention that people have given to PageRank, which is in Google’s toolbar, you can see how I’d feel about using toolbar data. I’m not going to say whether Google uses a particular signal in our ranking; I just wanted to communicate some of the potential problems in using things like toolbar data.”

Another chat between Matt and Lee produced “Google does not use toolbar data for rankings. He mentioned that it certainly didn’t help that in the “Meet the Crawlers” session at SES NYC, the MSN rep suggested that MSN “might” be using user/toolbar info. That suggests the other search engines do as well. Matt also said that user data would be too easy to spam to use for rankings.”

Is not the end-game of Internet marketing and SEO, getting more targeted traffic? From which, we hope to illicit the best possible conversion rates? Honestly, in my SEM/SEO background and training, Toolbar PR has not more than a passing metric for general consumption for quite some time. Those selling text link advertising would have you believe it is the all powerful measuring tool. Strange, I have seen PR0 Sites with better SERPs and traffic than PR6. Isn’t my advertising about the distribution channel?

Do I want my advertising on the site with a pretty green bar that read 6, or on the site that actually gets the traffic I am targeting? For some reason, SEO folks have a skewed marketing perspective and like things the other way around.

Just like so many websites disappearing into the Google sandbox, let this menace of Google PR terrorize SEO’s and Webmasters alike no longer. Let us rejoice and move onto new and wonderful lands with promises of getting traffic. Wonderful, life giving, targeted traffic. That’s truly what matters to the website. It’s the food that gives it life. I shall see you on the other side. Please leave this place or Page Rank hell now, before it’s too late.

Make your own conclusions;