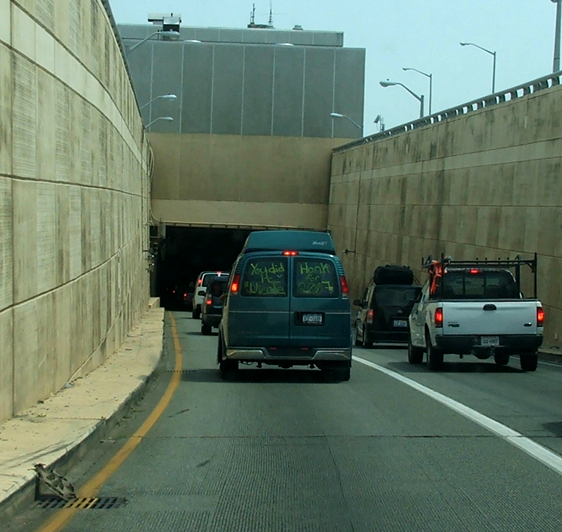 People are either going to love or hate the recent EZ-Pass commercials featuring a woman blowing up a raft and traversing the waters of the Elizabeth River instead of paying the new toll. Well… I hate it.

I have been in the creative business of advertising for broadcast, radio, print and Web for over 2 decades, and I have learned the one true ‘universal constant’ in advertising is ‘Subjectivity’. But I would bet the farm that commuters who are ‘subject’ to the new tunnel tolls find the commercial tasteless and offensive.

This ad campaign feels rushed and not well thought-out. There are also other versions of this horrible campaign that suggest other idiot travel comparisons for getting across the river.

I do not have to commute to Portsmouth very often, so paying a toll is no big deal. But I detest a bad creative concept on a visceral level. Especially one that pokes fun at people forced to spend money.

This campaign is trying to use creative humor to encourage people to sign-up for EZ-Pass. But there is nothing funny about having to spend any amount of money in a tough economic climate. Shame on EZ-Pass and shame on the advertising agency that conceived this thoughtless campaign.