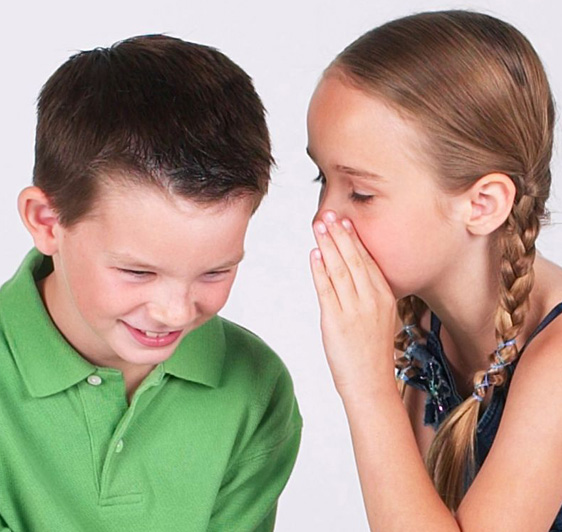 In December, I published an article on the effect of purchasing links for pagerank. Much to my surprise, I got quite a bit of feedback – most of which was negative. The feedback echoed a sentiment that I have seen from more than one person involved in the SEO industry. It is a sentiment that seems to think that Google is happily manipulating the entire SEO and webmaster community for their own profitable gain. The whole idea seemed like a conspiracy.

The article on purchasing links for page rank was supposed to look simply at whether link buying was a good practice for website owners. The conclusion I reached and tried to prove was that any website owner who wanted to take a long-term approach to SEO should avoid buying links. The primary reason behind this conclusion is Google and Yahoo’s adamant stance against purchasing links for search engine gain. Although several website owners are currently purchasing links and seeing a positive effect, this does not mean that Google is not actively trying to detect those who purchase links to devalue those purchased links. Website owners who may be successful nöw with this strategy may find themselves with a not so successful ranking if Google detects that their ranking is the result of purchased links.

The responses I received against Google were numerous. However, the idea that Google was trying to make SEO more difficult by discouraging link exchanges and link purchasing for website owners in order to force more people into their Adsense program was a theme that ran throughout all the responses.

So is this true? Is Google looking to undermine the honest efforts of honest webmasters who are just looking for a decent ranking in the world’s most popular search engine? Did the Googleplex devise a grand and sinister plan to force the wallets of small business owners?

If Google Is Against Link Buying, Then Why Do They Sell Links Through Adwords?

Jim Tarabocchia of Just Binoculars was quick to point out that Google would be hypocritical to encourage website owners to not purchase text links. After all, as Jim put it, “if this is the case, why does Google sell Adwords”?

This is a good point.

It is obvious that Google believes in the power of link advertising – it represents the largest share of Google’s revenue. If Google were indeed against text link advertising, there would be only one conclusion that we could draw: Google does not like text link advertising because they want to be the only ones to sell text links. Therefore, Google is using the power of their network and the desire that every website owner has to get a top ranking in Google to get more people to buy Adwords, and force any text-link competition out of business.

In fact, one could even argue that Google has protected the industry. The introduction of the “nofollow” tag found its birth in a need to curb blog comment sp@m. Whenever a link has this attribute added on, Google and a few other search engines will not pass on any pagerank to the site being linked to. This has served as a way for website owners to sell text links as advertisements without being mistaken as participating in a program to artificially raise a website’s ranking in the search engine.

Google is not against text link advertising – they are against purchasing text links for the purpose of manipulating your search engine rankings. It is these purchased links that they are trying to detect and that their engineers have warned webmasters about.

The Argument Against Google: You Have No Choice But Adwords

Jim continued with his points in a follow up email:

“In my opinion, Google does not want this done because sites that begin to rank well no longer need to purchase text links through adwords or adsense. This means less revenue for Google. Let’s face it, in order to receive traffïc through the engines you need to rank well, if you don’t then your only other option is to purchase your position through adwords or adsense. And in my opinion if you are buying adwords then it is EXACTLY the same thing if you were to buy text links from someone else to get your PR to boost up and achieve better results in the engines.”

The problem is that it is not the same thing. The first problem with this idea is that it equates natural rankings as being equal in value to paid listings. Paid listings have shown time and time again that they are not nearly as effective as an organic ranking. Users are much more likely to trust a website if they find it through an organic listing.

Yet Jim is not alone in his point. Many website owners believe that Google wants to keep sites from ranking well in order to turn them to Adwords. Bruce from A1 Web Design had this to say:

“How on earth does a new website online get ranked? Mmmmm… PPC and Adsense! Nöw there’s a good topic… Google frowns upon links but has created its own linking affïliate scheme!”

The idea that Google wants every website owner to participate in Adwords is not a new idea, and it probably is not far from the truth. After all, I don’t know any business that would turn down an offer to sell their product to every person in their industry. But the idea that Google is somehow trying to force website owners into purchasing an Adwords campaign puts Google into a sinister light.

There is only a limited number of websites that will achieve a top ranking for any keyword. In fact, we know exactly how many websites will receive a top ranking. On the first page, there will be 10 ranked websites, on the second page their will also be 10 websites, etc. The fact is, for any given keyword, regardless of how many people are competing for that keyword, there are a fixed number of top rankings available.

Both Tim and Bruce implied that Google wants to keep websites out of the top 10 to force them to Adwords. The problem with this is that Google cannot keep websites out of the top 10. They always must rank at least 10 websites in the top 10, as well as 10 more websites in the top 20, and so on. It does not matter if Google discounts link exchanges or purchased links, or if they turn traditional SEO practices on its head, they still are forced to rank a certain fixed number of websites well for any given keyword. Regardless of how hard they try, they cannot force a greater number of people to Adwords through preventing the achievement of a favorable ranking.

Another conspiracy theory that seems to have a lot of believers is that Google somehow rewards its Adsense advertisers or even publishers with more favorable rankings. That is, if you spend a regular amount of monëy on paid listings, Google will then treat you more favorably in their natural search results. The theory would make Pavlov’s dog drool.

Once again, however, we have a problem. This time we simply fail to see any empirical evidence to support this theory. When Adwords first was released, several SEO’s tested this theory buy purchasing paid listings over varied lengths in time. The results? There was absolutely no correlation between purchasing an Adwords account and your organic search ranking.

Back to What Was Said

So in the article that spawned this mini-debate, I came to the conclusion that purchasing links for the purpose of attaining a better organic listing in the search engines was not a good idea. The reason it was not a good idea is that the search engines do not like purchased links. The criticism of this article seemed to want to establish a link between Adwords and Google’s organic listings – that somehow Google was trying to encourage more users to use Adwords rather than aspiring after an organic listing.

But we do not see any evidence that Adwords and Google’s organic listings are linked in any way. In fact, it is fairly well known that Google has separated their Adwords department entirely from their organic search listing department in an effort to keep the two from influencing each other.

So if Google is not going after link purchasers for their own personal financial gain, why are they so much against link purchasing and even some forms of link exchanges? This is the question that I tried to answer in the last article. Evidently I did not answer it as well as I could have, but you may want to go back and read it.

If I were to summarize the article, however, I would simply say that Google discourages purchasing links for the purpose of getting a higher pagerank as well as exchanging links only for the purposes of pagerank because it is usually done as an attempt to manipulate their rankings.

So What Should You Do

So if purchasing text links for pagerank is not a good idea, and since it seems as if Google is nöw trying to devalue links that are a part of a planned link exchange program, what should website owners do? What is the plan to get a top ranking?

You should still try to get inbound links to your website. You can even do so through link exchanges, although you should try to do so as naturally as possible. What does this mean? It means only linking to sites that are of value to your visitors, and being willing to link to a website without a link in return. It means getting rid of that enormous directory on your website that leads to tens or hundreds of websites that are really only there for the sake of getting a higher pagerank. It means that you should also engage in activities outside of direct SEO that could garner you frëe links. Press releases and news stories as well as writing exclusive articles are all powerful ways to get frëe links without having to do anything in return.

Whether or not you agree or disagree with Google’s approach to link exchanges, if for no other reason than for the sake of your users, you should always approach link exchanges as a way to offer more value to your users. What you will find when you take this approach is that your traffïc will increase more than any link exchange program can bring, and your search engine rankings will increase as well.